Guy Savoy through the doors 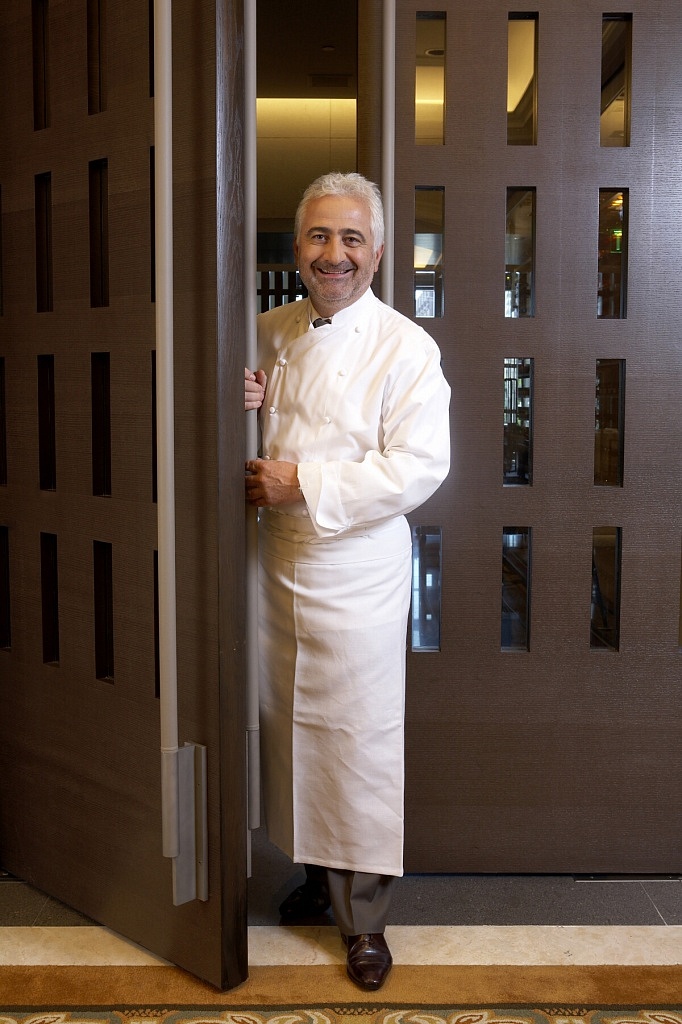 Guy Savoy peeks through the doors leading to RESTAURANT GUY SAVOY Caesars Palace. The Las Vegas restaurant is the master culinarian’s only establishment outside of France.

Guy Savoy was born into a world where food and its evolution into cuisine mattered. Growing up in Bourgoin-Jallieu, near the gastronomic epicenter of Lyon, he was surrounded by a culinary culture where seasonal food products were a part of everyday life and great food was the norm, not the exception.

In 1997, Guy Savoy himself was honored with an entry into the prestigious Larousse Encyclopedia and in 2000, received the Legion d’Honneur, France’s highest honor. In 2002, the same year that he received his third Michelin star, his French colleagues paid their highest tribute to Guy Savoy by naming him Chef of the Year.

The May 2006 launch of RESTAURANT GUY SAVOY at Caesars Palace, Las Vegas is one of the most eagerly anticipated restaurant openings in the United States. This intimate fine-dining venue is located on the second floor of the resort’s new luxury August Tower and seats approximately 75 people. Guy Savoy and Caesars Palace hired Jean-Michel Wilmotte, the highly celebrated architect and designer responsible for the re-design of his Paris location, in order to perfectly recreate the elegant and sophisticated design elements of the original RESTAURANT GUY SAVOY. Guy Savoy has hand-selected his opening team at Caesars Palace, which includes long-time co-workers with exceptional international experience.